There were three evils when I was growing up. Smoking, drinking and the third was like unto it–dancing. Drinking really never had any allure. Both my grandfathers died alcoholics and we knew about the evils of drink.

Dancing was slightly more enticing. Not, mind you, that we cared to try it. But enough was said and alluded to about what went along withdancing which made it intriguing. The school had rules about dancing but by the time we were in high school dancing was allowed off-campus. And, later, even on campus.

However, after a couple of excursions late at night to spy on dances held at various homes I came to the conclusion that most of them did not know how to dance and that the boys were not doing anything they didn’t already do with the girls in broad daylight outside Parker Hall. Actually, this was a little disappointing since I felt that our forays into the darkness should have rewarded us with at least some scintillating insight.

Smoking was a different matter.

My first experience with smoking came when Gordy found a pack of Tarltons on the street in Dallas on our first furlough when we were five and six. We brought them home and told mom we had found them. She looked at us and looked at them and somehow sensed we might be interested to try one. So she asked, “Want to try one?”

And our own mom was offering to let us try? This was an opportunity that simply could not be passed up. We nodded. She went on to give one condition. “Now, when you start one of these things you have to finish it, OK? We don’t want to waste a cigarette, do we?”

No we sure didn’t.

She helped us light up. The first few puffs got us giggling. We thought it was all mouth action, but some of the smoke got into our lungs and produced a few coughs and then severe coughing. All the while mom was urging and encouraging us on. Halfway through I thought I was going to vomit, which of course was what mom was waiting for. It was a terrific lesson in smoking.

Now you have to understand that at Woodstock in those days smoking was against the rules. And if you got caught smoking you could fully expect to be expelled. Or at least we all thought that. I don’t remember a single student actually getting expelled for smoking. The fact that Mr. Hilliard reeked of cigarette smoke or that Mr. Starr smoked a pipe was no excuse. 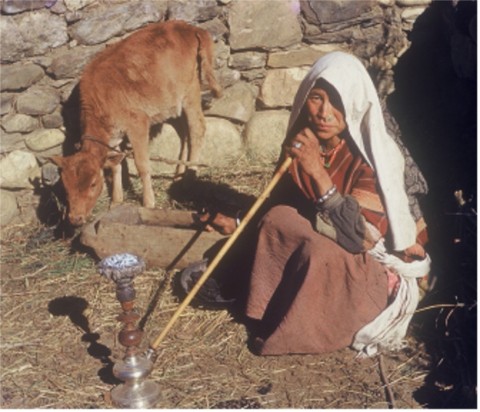 Sometime in my eighth grade I was walking with Steve Schoonmaker and as we passed Kushi Ram’s (now called Char Dukan—four shops) on our way to his home at Fir Cottage where he lived we noticed some of the jamidars (sweepers) gathered around a hookah having a great time. Lots of thick blue smoke. We came nearer and they waved us over and invited us to have a go. Now the tobacco that is often used for hookahs is about as cheap and rank as you can get in India and it is extremely pungent. Steve placed his fist over the stem (no one touches this with his lips) and took a few tentative draws on the thing, getting the water to hubble. He then started to draw a little harder in order to get some smoke out of it.

It is one thing to smoke a cigarette and not inhale. It is impossible with a hookah. To get smoke out of the thing you really have to suck. He did, several times. And then, as if he had gotten a wad of tobacco stuck in his throat he let go of the thing and started coughing. Hacking and hacking. He waddled off a ways, hands on his knees, drool sliding out of his mouth, his coughs turning to dry heaves. 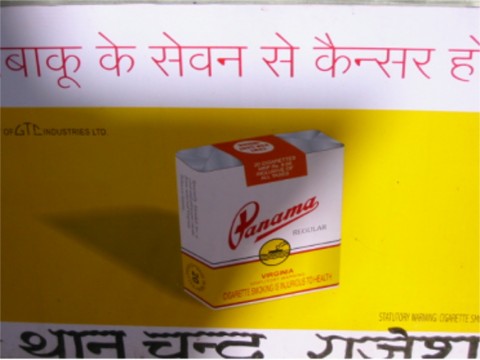 Of course by this time the jamidars were fairly delirious with laughter. I was beckoned over. Steve was just getting over his little fit. I put my fist over the stem and whiffed the deep cloying tobacco. I took a deep breath and instead of sucking, blew as hard as I could. A stream of water went shooting up out of the top of the hookah, putting out the coals and scattering the tobacco. We took off running, curses and laughter in equal proportions behind us.

For some reason, about the ninth grade, smoking began to look alluring again. Some of it was the mere rule against it. And then, of course, smoking looked so cool—the tapping of the cigarette, the crisp strike of a match, the cupping of the hands to protect the flame from the wind, the initial glow of a lit cigarette, the first puff of smoke….yes, yes, very cool.

By ninth grade I started smoking on hikes along with several other fellows–Seefeldt, Taylor Jantzen and others. Hiking, then, became an excuse to smoke. Out on top of Benog Tiba, Top Tiba, Nag Tiba, wherever, it was highly unlikely anyone would catch us. We would buy a pack of Gold Star, Panama, or some other brand at chai dukans (tea shops) along the way. Beedis were the cheapest and worst. They were rolled up leaves containing the remains of what looked like must have been swept up off the floor of a tobacco factory. And we stayed away from Bat, the next cheapest. Panamas were OK, and Cools were cool. Some brands even had filters.

We were pretty careful. When we were feeling particularly bold we might try a fag on the chukkar–late on a moonless night. And we never got caught. If our parents had smelled smoke, believe me, there would have been fire. I learned my primary colors off my legs.

As a senior I played on our varsity basketball team. One of the teams we played was American International School (AIS) in Delhi. The basketball season for us was a monsoon sport and over by August. But in December the team would go down to Delhi and play AIS.  Four months without playing as a team left us a little rusty, but we thought we’d do OK.

We were all farmed out to the houses of their basketball team. AIS was primarily for American business and diplomatic staff and I stayed with the Olsons. They were with US AID and they were, to my eyes, filthy rich. They had real Pepsi in the fridge. They had an American car and a driver. And they also had cigarettes and cigars in humidors lying around the house. Rick Olson told me to help myself.

One day during our free time I decided to do just that. I helped myself to a nice, fine smelling cigar. About six inches. Fat thing. I need to go into town so I left their house and caught a put-putty (also known as an auto-rickshaw today, essentially a three wheeled scooter). These were cheap and quick and always a thrill because the quicker they got you to your destination, the quicker they could get their next fare and the more money they could make. As a stranger in a big city smoking a cigar, hey, who would notice? I was safe. I lit up my first cigar. 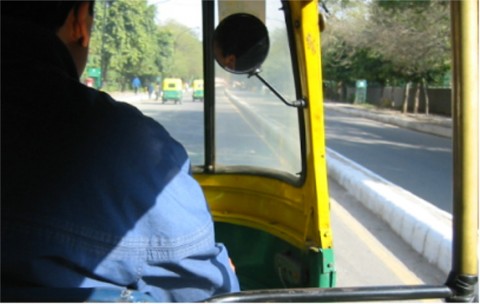 The Put Putty three-wheeler scooter-taxis are a terrific way to get around—-cheap and very exciting.

I lit the thing.  Twenty minutes later we arrived at Chandni Chowk. I had that cigar in my mouth most of that time trying not to inhale. Nevertheless, I found myself in a mild stupor. Somewhat dizzy, I stumbled from the put-putty, paid the guy and staggered off, the still lit, but half smoked cigar clutched in my hand. After walking five minutes I wondered where I was going. I wondered where I was. I wondered WHO I was. The world was beginning to turn in circles and the kites flying in lazy circles above were beginning to seem like they were standing in place.

Just then I heard “Steve bhai sahib!” and turned to see Kishan Chand a friend from Dehra Doon. He was the mechanic that fixed the mission vehicles. Was I glad to see him! I giggled and put my arm around his neck. He saw the cigar and took it from me and snuffed it out. I asked for it back. He gave it to me and I put it in my pocket. He could see I was completely out of it–a nicotine drunk–and took me to his brother’s photography studio nearby. They gave me tea, made me rest and I dozed. Three hours later, when I woke up, I felt much better. So good, in fact, I fished out the other half and asked Kishan for a light. He laughed and in his charming way took the cursed thing and heaved it into the street.

I still enjoy the smell of a freshly lit cigarette, the aroma of a pipe and gurgle of a hookah. And when my kids ask me about smoking I am going to get me a pack of Tarltons and we are going to have a little smoking session.